To celebrate the single, and the unconditional love they share with their four-legged friends and creator, Pryor & Lee are helping to raise funds to benefit Berkeley Humane and several other animal shelters and rescue organizations.

The performance, that will feature an acoustic version of “Good Ol Dogs & God” as well as the rocking party anthem “Y’allsome,” the duos’ debut radio single and a brand new unreleased song, will air across the social platforms of each partner organization on Wednesday, June 23rd at 5:00 PM PST.

“It might be some time before Pryor & Lee are able to bring their tour to the Bay Area,” stated Jeffrey Zerwekh, Executive Director Berkeley Humane, “Which means a virtual concert is the best way for country music fans to join together to help raise funds for shelter animals. We are grateful to Pryor & Lee for making this possible.”

“We are so excited to be partnering with all of these incredible organizations that share our love for dogs,” says Pryor & Lee. “It’s going to be a great time singing some country music and raising money for organizations across the world.”

About Berkeley Humane
With its origins dating back to 1895, today Berkeley Humane serves the people and animals of our community by providing life-saving programs for cats and dogs, cultivating compassion, and strengthening the human-animal bond. With the support of a dedicated and talented volunteer and staff team, Berkeley Humane intakes animals from municipals shelters around the Bay Area who are often in need of medical care, improved nutrition, enrichment and lots of love. Learn more at www.berkeleyhumane.org.

About Pryor & Lee
Black River Entertainment recording artists Pryor Baird and Kaleb Lee are the epitome of how sometimes, two is better than one. This unexpected discovery came after they were brought together as roommates while competing as solo artists on NBC’s singing competition, The Voice. In January of 2020, Black River signed the duo, and the guys decided on the name “Pryor & Lee.” Then it was off to the races, literally. “Pryor & Lee” kicked off the Daytona 500 with a pre-race concert and later performed the televised National Anthem at the NASCAR Bank of America ROVAL™ 400 at Charlotte Motor Speedway. American Songwriter said, “Pryor & Lee bring some overdue rowdy to country radio” as they released their first single, “Y’allsome,” written by Rhett Akins, Marv Green, and JT Harding. After 2020 closed in on everyone, the guys rounded out a mostly virtual radio promo tour, appeared in an episode of NBCUniversal and Xfinity’s Camp Tonsafun, wrote and recorded new music, played a New Year’s Eve show to an audience made up of hotel balconies. With a new year comes new music, and on March 26, fans got two new songs from Pryor & Lee with the release of “Good Ol’ Dogs and God” and “Carry On.” 2020 was their caution lap. Wait ’till you see what happens when these guys are let loose in 2021!

Prevprevious postSpeaking of Vaccinations…Low-Cost Pet Vaccine Clinic. No Appointment Required!
next related postTell Us About Your Rescue Pet During The Pandemic (Or What Would They Say About You?)Next 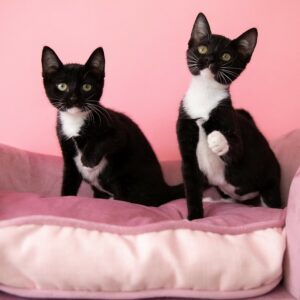 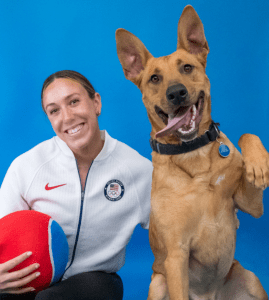